While the rest of the northeast is in a state of emergency due to the snow, we only had a small dusting in Atlanta, which has already melted.  My mother and sister sent me pictures from Virginia and the snow goes up all the way to the cars!  It’s insane!  We are lucky in Atlanta that we didn’t get the crazy storm.  However, it’s still cold here in Atlanta and we stayed in for most of the weekend.  On Sunday I took my fiancé to see the Book of Mormon which is playing at the historical Fox Theater in Midtown Atlanta.  The Fox Theatre was a former movie palace and is now a performing arts venue.

I had previously seen the Book of Mormon on Broadway last December with my best friend.  We had spent a weekend in New York City and she’s a TV producer in LA, so she got us amazing seats.  The Book of Mormon has won 9 Tony awards (maybe 11 now?), including best musical.  My fiancé was so jealous I saw the Book of Mormon on Broadway and he has been dying to see it, so he was really excited to learn that the play was coming to Atlanta.  We went to the matinee on Sunday and had such a great time.  It was our first time to the Fox Theater as well, and the Fox Theater is beautiful.

I recently got this red bow shift dress from Boohoo.com.  I paired the red shift dress with my Ann Taylor black tights, Tory Burch flats and gold Tory Burch clutch.  Hope everyone had a nice weekend and for those who are in the northeast, I hope you are staying safe and warm in the snow. 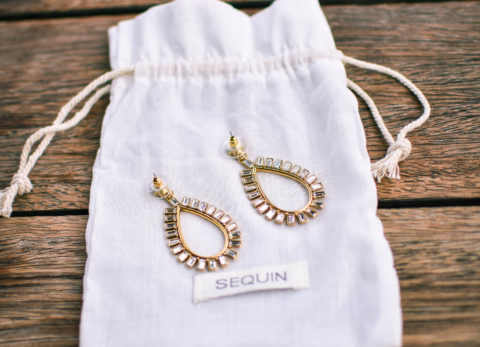 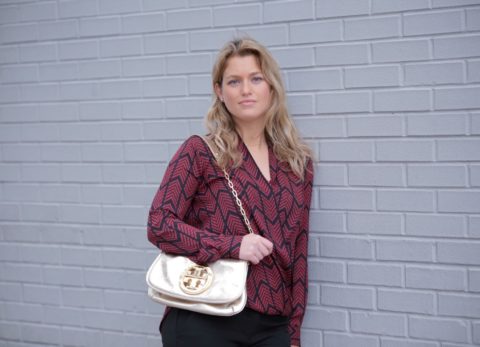