After spending a couple of days in Los Angeles, we drove north to Ojai, California to have Thanksgiving with Jeremy’s family. Jeremy’s aunt and uncle live in Portland, Oregon but purchased a vacation home in Ojai, California. Ojai is a small, charming city in Ventura County, northwest of Los Angeles. It’s set in a valley in the Topatopa Mountains.

On Tuesday November 21, before Thanksgiving, Jeremy and I checked out of the SLS hotel and drove up the coast to Ojai. Ojai is about 45 minutes inland from Santa Barbara. We stopped at Duke’s Malibu for lunch. Jeremy’s mom, step-dad, other aunt and sister flew in from Hilton Head and Chicago, respectively, and we met them in Ojai. Jeremy’s aunt and uncle’s home is only a 2 bedroom, so we stayed at a charming VRBO on the boarder of Ojai.

Ojai’s downtown is quaint, and all of about 4 blocks. When we arrived to Ojai we drove around the town and visited Jeremy’s aunt and uncles’ home. They completed gutted and renovated the home. The house is stunning and has views of the Topatopa Mountains in the backyard. We made dinner at their home, caught up, and relaxed after a day of traveling.

On Wednesday the ladies enjoyed a spay day at the Ojai Valley Inn & Spa and the guys went golfing. On Thanksgiving day we walked to a privately owned stone labyrinth on top of a hill with 360 degree views of Ojai. Then, we cooked Thanksgiving dinner at Jeremy’s aunt and uncle’s home.

Some of the other highlights while we were in Ojai were:

Saturday November 25 we flew home. Jeremy and I love the west coast and could totally picture ourselves living there if it wasn’t so expensive. Most importantly, we enjoyed spending time with his family and relaxing. Hope everyone had a nice Thanksgiving with their loved ones! 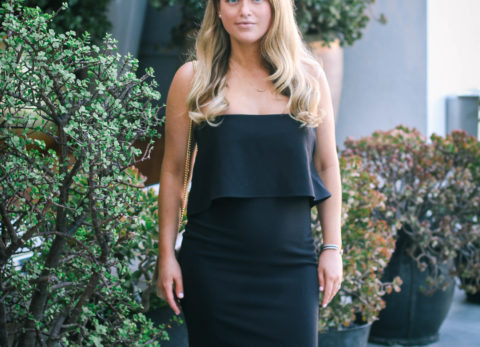 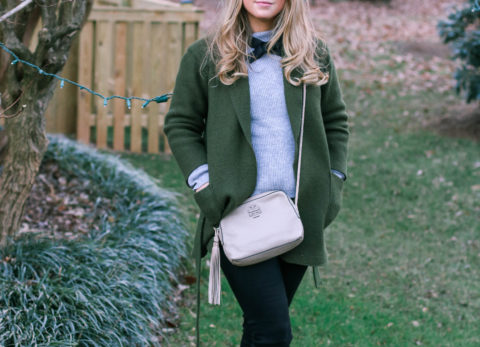