After Edinburgh/the Scottish Highlands and Amsterdam, we traveled to Paris! I’ve been to Paris before with my girlfriends and Jeremy has spent a lot of time in Paris for work. But, we’d never actually been together. So, we were so excited to go to the most romantic city together for the first time.

We took the train from Amsterdam to Paris on Wednesday July 11 and got to Paris in the late afternoon. While in Paris we stayed at the beautiful Prince de Galles, located on the famous Avenue George V and Champs-Elysées. Thanks to Jeremy we got upgraded to hotel suites for our entire trip, but the Prince de Galles was by far the nicest hotel!

After checking into our hotel we walked around the neighborhood and then had dinner at L’Avenue. Then, we watched the Croatia vs. England World Cup match at a bar nearby. We were rooting for England, but Croatia played a good game (even though they ultimately lost to Paris in the finals).

We researched private Paris tours because we wanted to make the most out of our time in Paris. So, we ended up booking an 8 hour private guided tour. The private tour was quite expensive, but well worth it.

So, on Thursday July 12 our guide picked us up at the Prince de Galles in a nice air conditioned Mercedes van. Our guide was an Italian named Angelo, but he’s lived in France for most of his life. He is a Parisian history teacher and then spends his summers giving private tours of Paris. Let me tell you having a history teacher as a guide is the best! Angelo was such a delight to spend the day with. Our day was very similar to the itinerary on the site. If you want Angelo’s contact information, please email me directly at laurennicole@laviepetite.com!

The private tour was definitely the best way to see all the most famous sites in Paris in a day. The tour travels along the Seine River and starts with a tour of the Right Bank and then moves to the Left Bank.

Paris’ Right Bank, to the north of the river, is the larger “bank.” Back in the day, the Right Bank was where the city’s wealthy residents lived.

The Left Bank, called “La Rive Gauche” in French, is on the southern side of the Seine and is by far the smaller section of Paris. The Left Bank is historically known as the artistic part of the city. This is where many of the famous writers/artists who once called Paris home, including Picasso, Matisse, and Hemingway, because it used to be that this was the cheaper part of the city.

Opera Garnier, Musée d’Orsay and The Palace of Versailles

On Friday we had another full day of activities. After our tour on Thursday I wanted to tour the inside of the Opera Garnier and then see the impressionist paintings at the Musée d’Orsay. So, Jeremy and I got up early and visited the Opera Garnier first. If we had more time we would have loved to have a guided tour to hear more about the history, but we didn’t have enough time so we just walked around the beautiful opera house ourself. Next time we go to Paris I would love to see a ballet performance at the Opera Garnier.

After touring the Opera Garnier we walked to the Musée d’Orsay. The museum was formerly the Gare d’Orsay, a Beaux-Arts railway station built between 1898 and 1900. The museum holds mainly French art dating from 1848 to 1914. It houses the largest collection of impressionist and post-Impressionist masterpieces in the world. Famous painters include Monet,  Manet,  Degas,  Renoir,  Cézanne,  Seurat, Sisley, Gauguin, and Van Gogh. One of my favorite paintings is the “Bal du moulin de la Galette” by Pierre-Auguste Renoir. So, I was excited to see it in the museum. The museum itself is just beautiful being in an old railway station.

After Musée d’Orsay Jeremy and I took the train out of the city to the the Palace of Versailles and spent the afternoon with my sister. I’d been to Versailles previously with my girlfriends and we had done a bike tour of Versailles. If we had more time I would have loved to do the bike tour again with my sister and Jeremy. But since we tried to fit so much in 2 full days we ended up just touring the palace and walking around the gardens. We booked the one day tour of the Fountains Shows and Musical Gardens for €27.  I loved spending the afternoon with my sister and Jeremy. We stayed until the gardens closed at 7pm and then took the train back to Paris. We found a local restaurant near mine and Jeremy’s hotel and grabbed dinner. Then, we got dessert/macarons at Ladurée.

Then, on Saturday I flew home from Paris’ Charles de Gaulle Airport and Jeremy took the train to London. He had a work training the week after. My sister stayed an extra couple of days and flew home to DC on Tuesday. We had such a lovely time and cannot wait to go back. I think our next Europe trip may be Octoberfest at the end of September. If anyone has any recommendations please let me know! 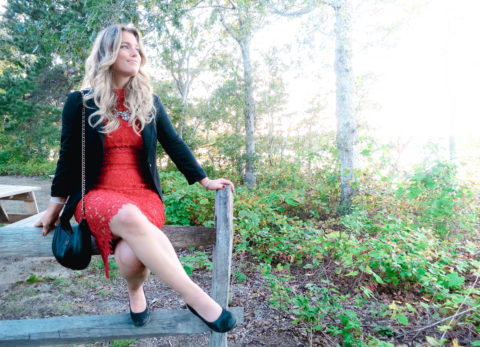 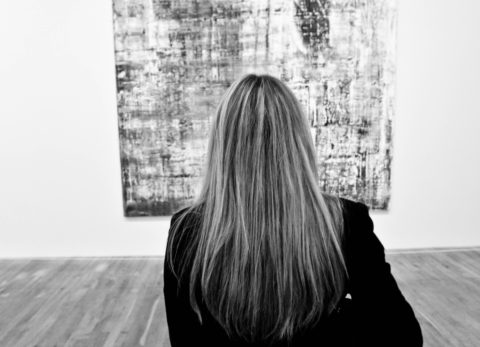